Nasty weather is coming our way.  As nice as Florida weather can be, like Dr. Jekyll and Mr. Hyde it can turn bad quickly.  Most of the time the weather is nice.  When storms come, they are vicious.  Tonight I have a feeling the storms will be vicious.

This blog will be a play by play, blow by blow post on how I handle a severe storm in a 5th wheel RV parked in an RV park in Northeastern Florida.

This storm system will last the rest of the day and into the night.  Currently, the storm in the image below is north of Jacksonville.  The weather forecaster stated a tornado on the ground in Georgia.  Jacksonville is around 20 minutes from the Georgia state line. 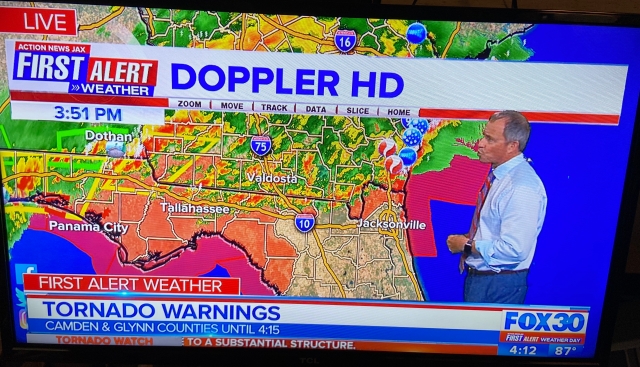 The sky looks mean and the wind is blowing. 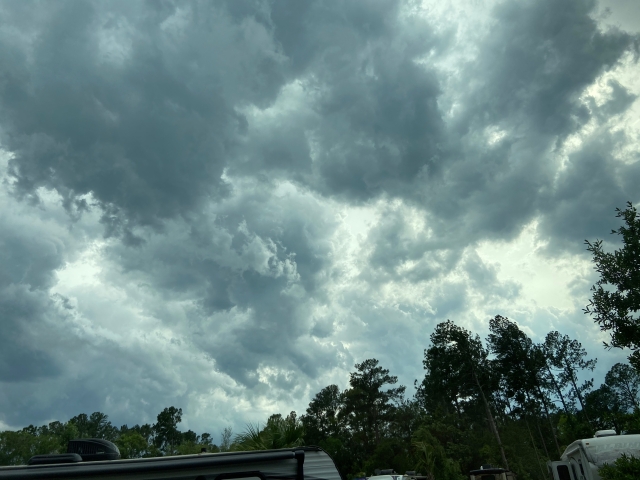 The storm I am worried about is circled in the image below.  Between 8 pm and midnight, this storm is said to smack out area.  It will be dark.  I doubt I will be sleeping.

6:30 pm -Jacksonville is issuing a tornado watch for the city of Jacksonville.  Hubby just asked if I thought we would be safer in the truck or in the 5th wheel.  My opinion is the 5th wheel.

At 7:45 pm, the image below is a warning that appeared on my cell phone. 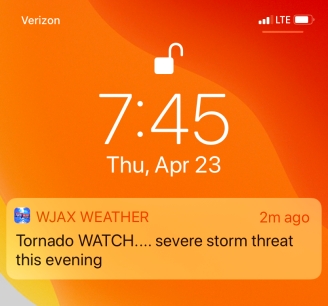 It is still 70º outside at 8 pm.  Hubby is watching the NFL draft on TV in the bedroom.  All is quiet right now.  I set up three cameras in the 5th wheel.  The neighbors are going to think I am spying on them.  I am not going to bed until the storm is over.

The NOAA Weather Radio will alert me when in imminent danger.  The weather radio keeps going off but with marine warnings for the coast.  Note: we are very close to the coast.  Hubby and I both also get warnings on our cell phones. 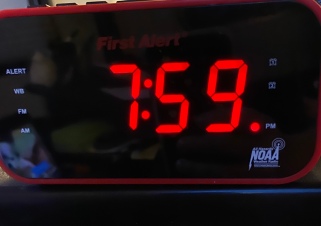 It is wise to know the counties in your surrounding area.  We are in Duval County.  When watching the weather on TV, the weather people mention counties. 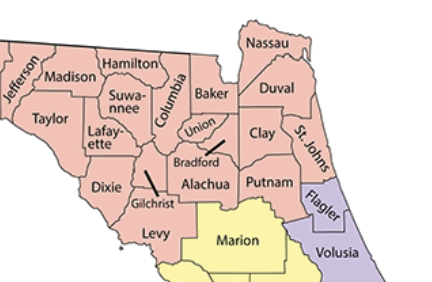 Darkness is setting in.  It is 8:15 pm and all is quiet right now.   The quiet before the storm.  No wind.  There are small cells of storms coming our way but nothing like that mass of red and yellow to the west of us. 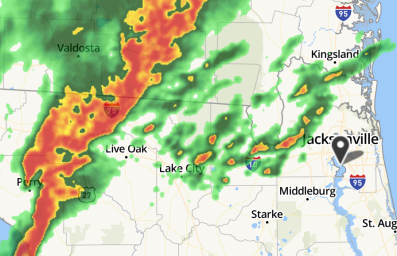 The weather radio just reported severe thunderstorms with high winds for many Georgia counties and a few counties in Florida which one of them is Baker.  If you look at the county map above, Baker County is west of Duval county.

9:14 pm, tornado on the ground to the southwest of Jacksonville in Lake City Florida.  Lake City is an hour’s drive from our location.

Storms are now in Union County. 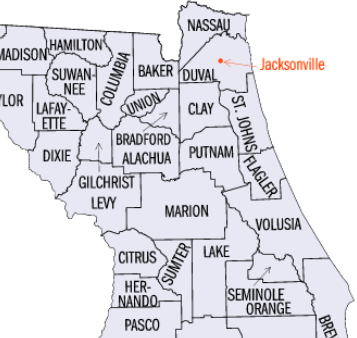 I’m nervous.  The weather radio just sounded again.   I can hear thunder in the distance. Storms are moving at 45 mph.

Every local channel on TV (CBS, ABC, NBC, and FOX) all are reporting the weather.

The storms seem to affect Benji the most.  Bella is getting better with storms and BooBoo has never been bothered by storms.

Time to watch some CW. Dateline is on.  I need to quit watching the TV stations that are reporting the locations of the storm.

10:10 pm.  Thunder is getting more frequent.  Weather radio just sounded again. A tornado warning is issued for Union and Clay counties.    A severe thunderstorm warning for all counties around us and southwestern Duval county.  It is getting closer. 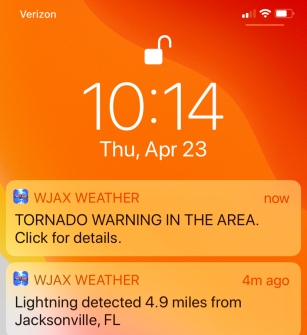 I hate storms and I won’t rest until this storm system is over.  I’m getting tired but I’m not going to bed.

Hopefully, we dodged another bullet.  I’m going to bed now.  Night All!

UPDATE:  3:00 am.  Another storm system came through the area.  Only lasted around 10 minutes.  We were lucky. 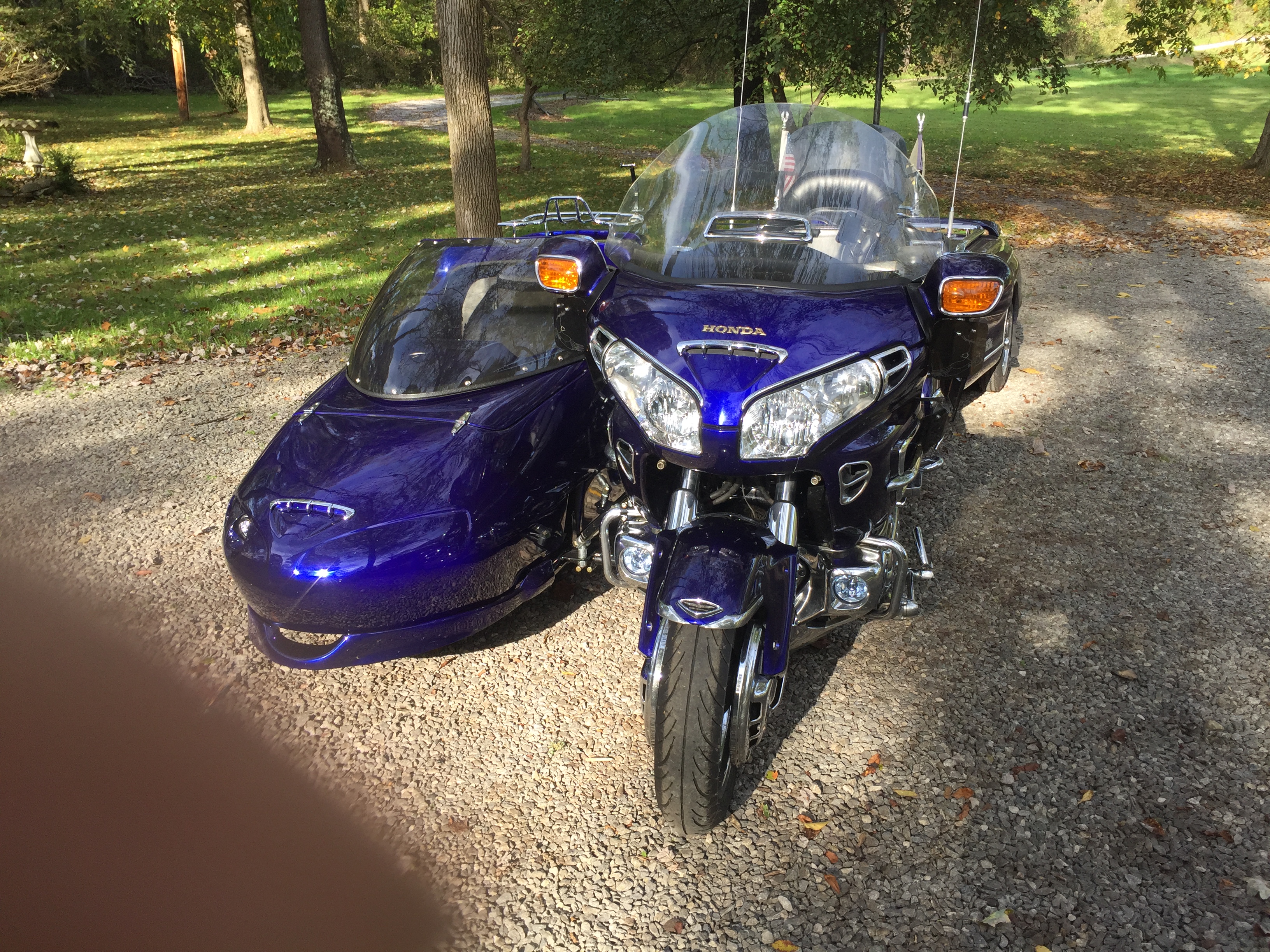